Our Hindi movies are incomplete without the pinch of comedy and comedians. The comedian’s quest in Bollywood is to captivate the moviegoers through jokes and acting weird. Although the standard of comedy is open to debate there is no denying the fact that the stature of a comedian has only gone down over the decades. But there has been a sudden rise in all things comic in Hindi cinema. Bollywood is currently endowed with many ingenious and exceptional actors with eugenic taste for comedy who have taken the arduous challenge to make people laugh throughout their life. And without further ado, here we go a list of top 10 comedians who gave Indian cinema a new dimension.

Boman Irani, an Indian film theatre personality in addition to a professional photographer and a voice artist, is also known as the David Williams of India. His contribution to comedy in the Hindi film industry is…hilarious. His unforgettable performances in ‘Khosla Ka Ghosla’ and ‘Munna Bhai M.B.B.S’ earned him laurels. He won the Filmfare, Star Screen and IIFA awards for his role in ‘3 Idiots’. Boman’s diversified and captivating skill brought in a new dimension to comedy in Bollywood. 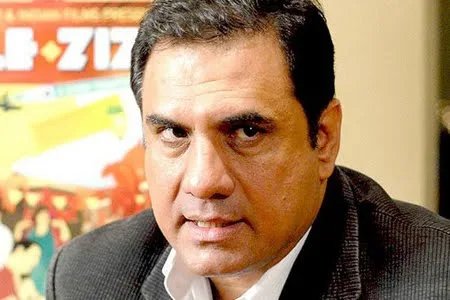 He started off as an intense character actor and villain but his rotation to comedy gave him a new lease of life in Bollywood. Although he started his career in 1984, Rawal is a signature comedian for more than a decade now. Paresh Rawal won the Filmfare Best Comedian Award for ‘Hera Pheri’, a film through which the industry got two champions of comedy – the other being Akshay Kumar. Rawal makes us laugh even in the slackest movie with his preposterous acting.

Rajpal Yadav has his own simple and unconventional sense of comedy. Yadav started his career with Doordarshan’s serial ‘Mungeri Ke Bhai Naurangilal’. He is a pass out of National School of Drama and truly a wholesome entertainer besides being a rib tickling comedian. Even his physical presence on the screen brings a smile on faces of viewers. Very few are aware of his talent as a screen play writer for ‘Mein, Meri Patni Aur Woh’ which earned him a lot of positive accolades.

John Prakasa Rao Janumala commonly known as Johnny Lever has nearly 350 films to his credit. The journey of the extremely talented actor in the film industry is like a fairy tale. He is bestowed with the inborn ability to entertain people and truly has accomplished the same creating history in Bollywood. He bagged two Filmfare Awards, one for ‘Deewana Mastana’ in 1998 and the other for ‘Dulhe Raja’ in 1999. Lever is also the president of the Cine and Television Artist Association and the Mimicry Artist Association Mumbai.

Kader Khan not only excelled in the field of comedy but also as a scriptwriter, dialogue writer and director. His participation in the annual function of his college gave him lot of appreciation which was noticed by Dilip Kumar. Since then the journey of his tremendous skill started. He is the one of the most senior and hard working comedians who has worked in more than 450 movies in Hindi and Urdu.

Anyone who has seen ‘Sholay’ can immediately identify the hilarious jailor in it. That role catapulted Asrani to legendary status. His full name is Govardhan Asrani and he is still entertaining us with the same zeal as before. Asrani completed his professional acting course from Film and Television Institute of India, Pune and got his break in the movie ‘Hare Kanch ki Choodiyan’ in 1967. But comedy is not this immensely talented actor’s only skill. Asrani has also played pretty serious roles in films like ‘Mere Apne’. He also sang a song in the movie ‘Alaap’ in 1977 and a duet in the movie ‘Phool Khile Hain Gulshan Gulshan’ with Kishore Kumar.

Syed Ishtiaq Ahmed Jaffry known as Jagdeep has one of the oldest associations with the film industry. He stepped in Bollywood as a child artist in BR Chopra’s ‘Afsana’ which was followed by some very memorable performances. The year 1957 proved to be a breakthrough for Jagdeep. With Bimal Roy’s movie ‘Do Bigha Zameen’ he began his journey of comic roles. His role of Soorma Bhopali in ‘Sholay’ is unforgettable. He is one comedian who can make you laugh without uttering a single word.

Rajendranath played a side actor in Raj Kapoor and Shammi Kapoor films, but he was more famous for his comic roles. And he made a remarkable mark of his in this area. His struggle continued till Shashadhar Mukherjee offered him a comic role in 1959 film ‘Dil Deke Dekho’, directed by Nasir Hussain. His funny contrivance pushed the audiences to swim in the pool of laughter. His Hindi film legacy apart, very few are aware of his contribution to Punjabi cinema.

Mehmood Ali, popularly known as Mehmood, was an Indian actor, director and producer but more revered as an all time comedian. A vast career of more than four decades and 400 movies, Mehmood was a king of comedy in 1960. His laurels are more in a comic role because of his typical Hyderabadi-Urdu accent. ‘Bombay to Goa’, one of the movies he directed, was the first film with Amitabh Bachchan as the male lead. His spontaneity made him the leading comedian of the silver screen and his versatility was alluring to the audiences. Mehmood and all his six sons acted together in the movie ‘Ek Baap Chhe Bete’ in the year 1978.

Badruddin Jamaluddin Kazi, who later became popular as Johnny Walker, was a bus conductor before becoming a comedian. Actor Balraj Sahni introduced him to Guru Dutt, who was impressed with his screen test as a drunkard and rechristened him ‘Johnny Walker’ after a Scottish whisky brand. Walker’s comic timing is equaled only by Mehmood till date. He was the first comedian for whom legendary music directors S.D. Burman and O.P. Nayyar composed unforgettable numbers like “Sar Jo Tera Chakraye” and “Ae Dil hai Mushkil”. The reason why he is on number one in our list of top 10 comedians is because despite having portrayed a drunkard in many films to perfection, Johnny Walker was a teetotaler; that speaks a lot about his acting skills.

Its all about Bollywood, Indian cinema, Indian stars View all posts by Bollywood box office

5 thoughts on “Bollywoods’s greatest comedians- do you know who tops the list ?”

This site uses Akismet to reduce spam. Learn how your comment data is processed.